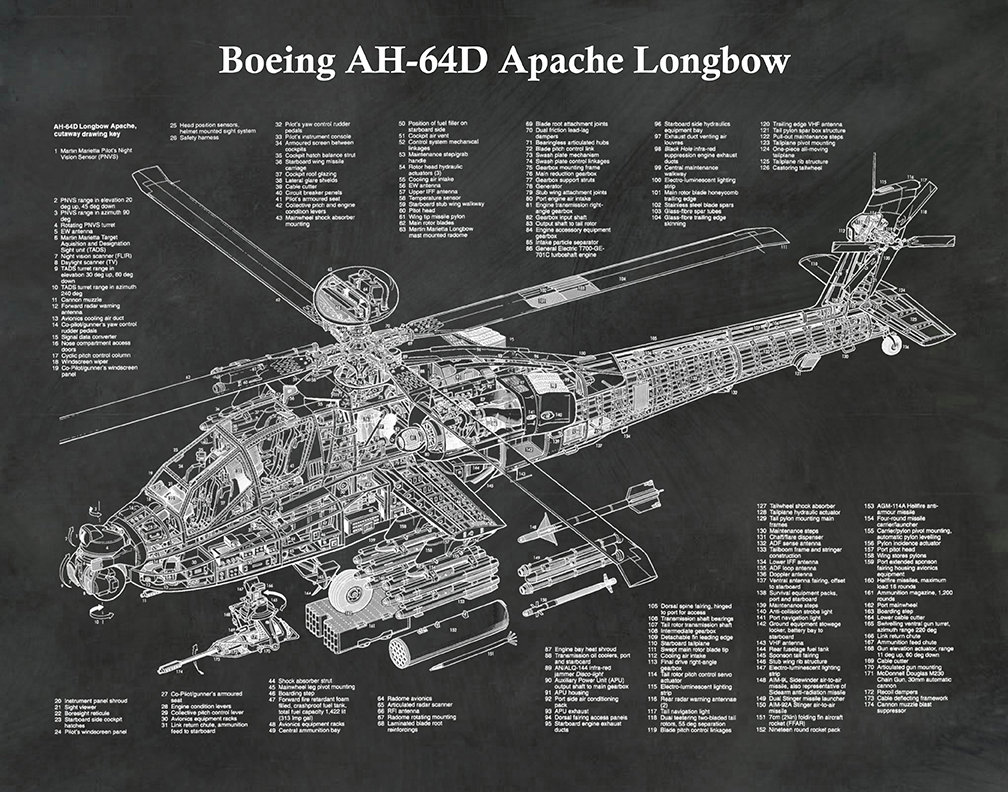 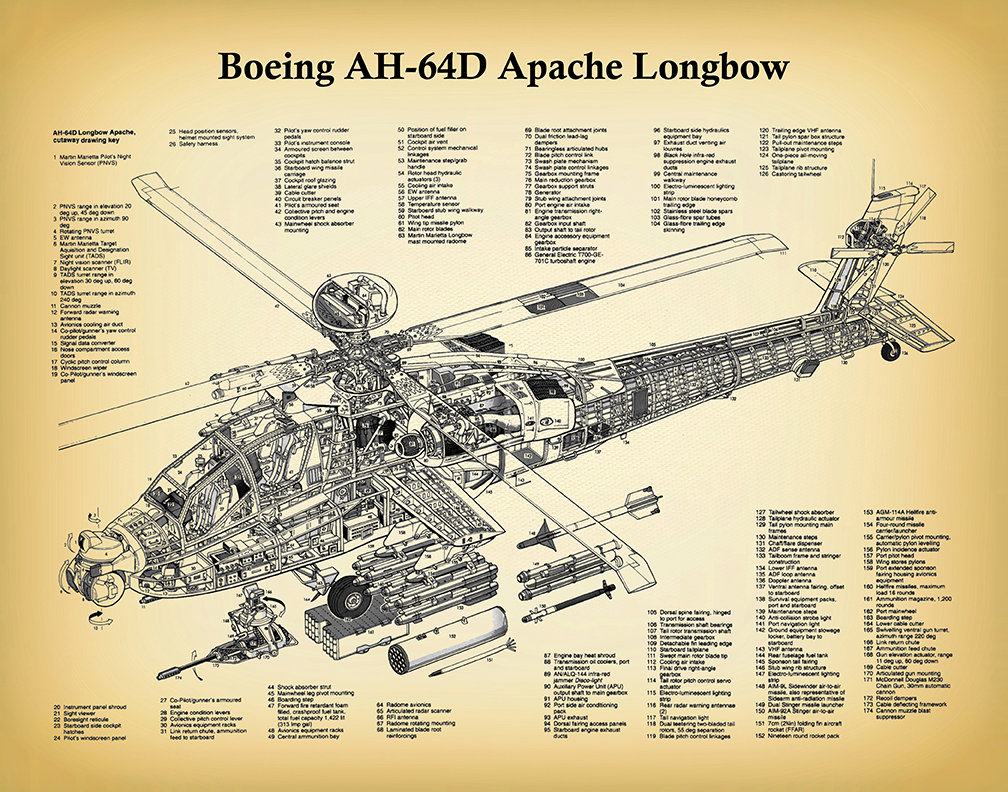 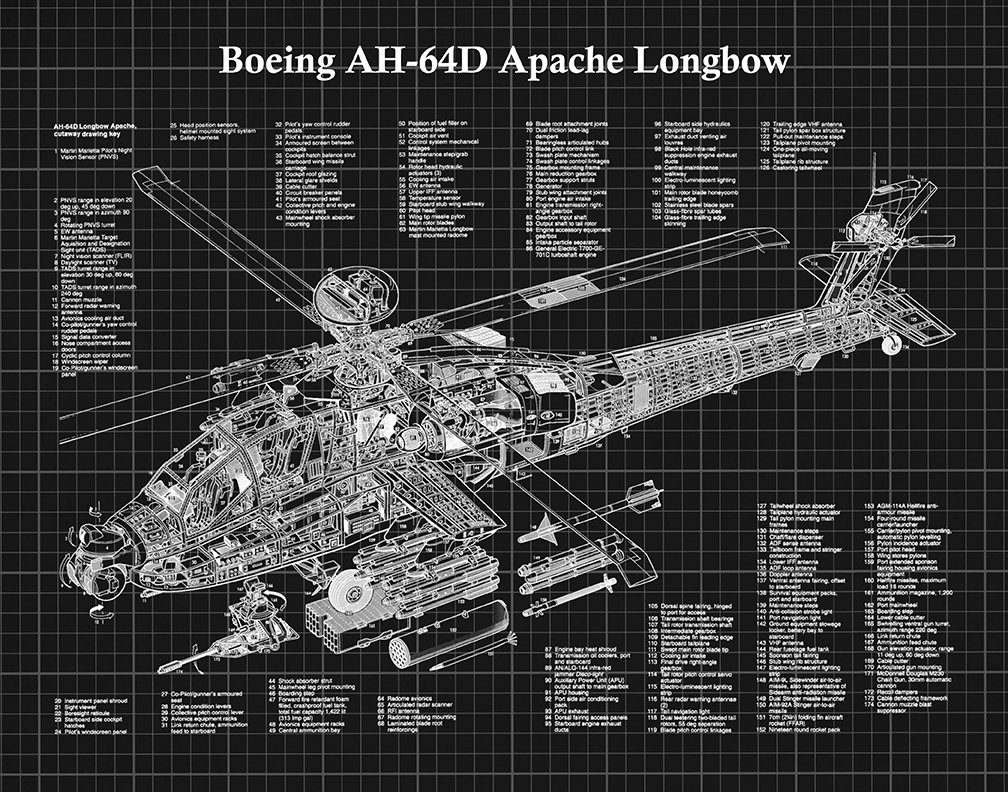 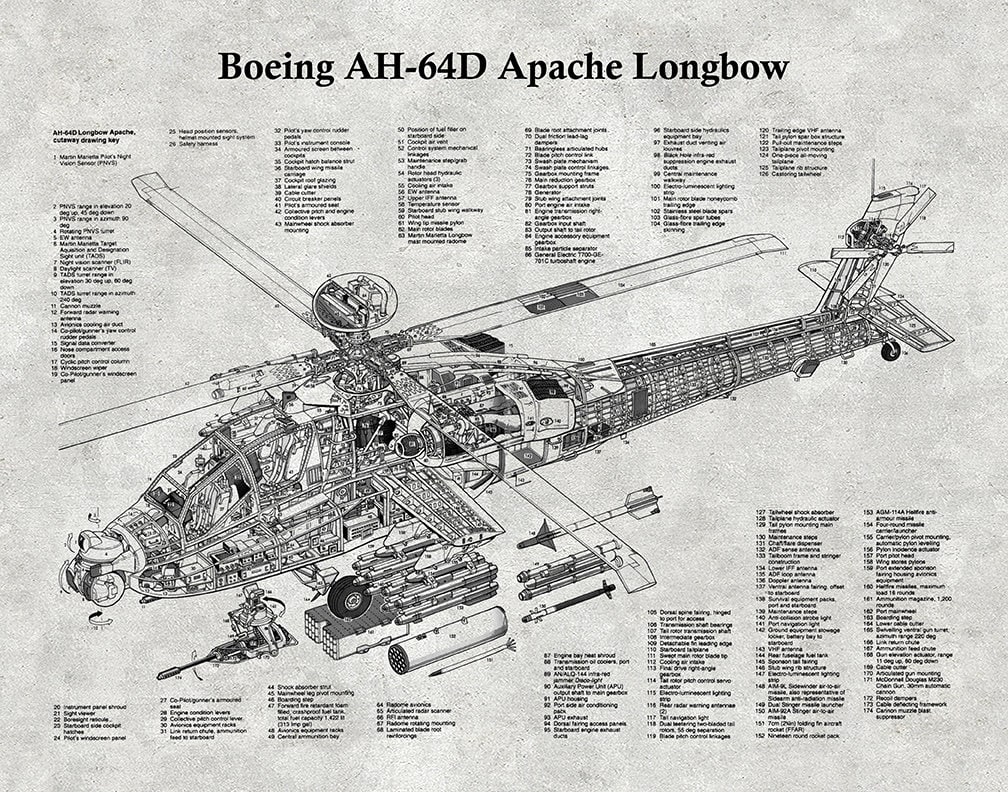 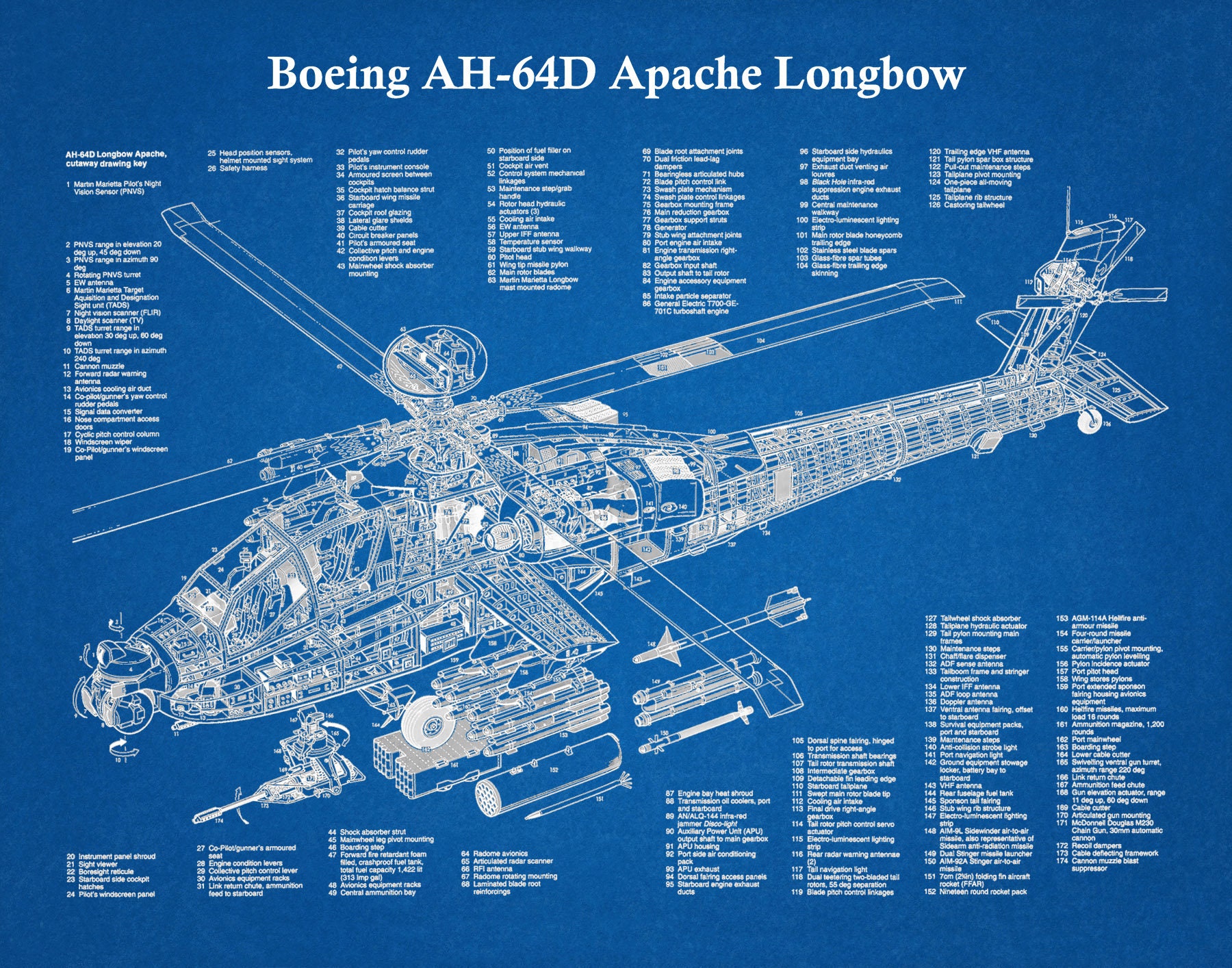 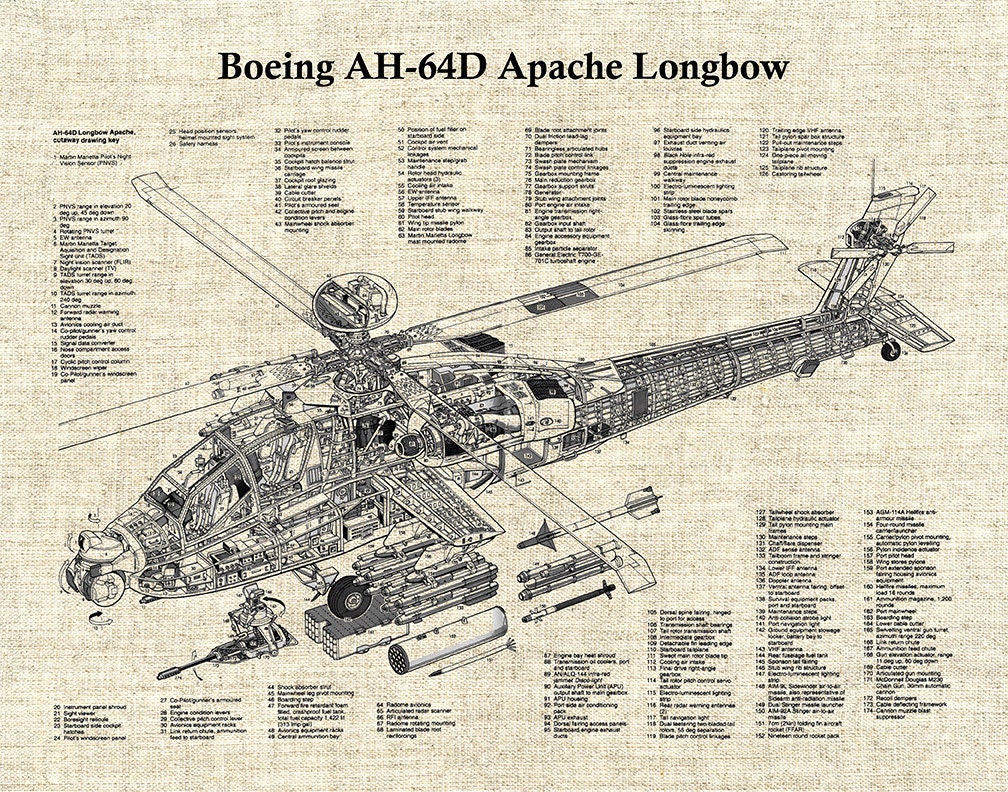 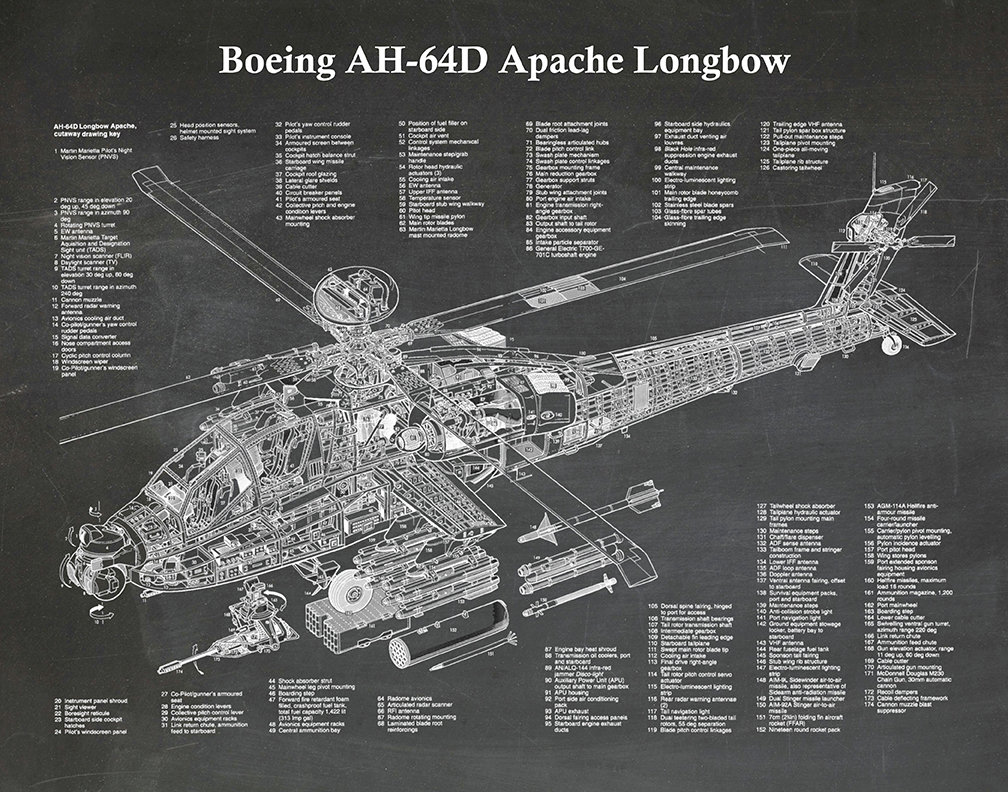 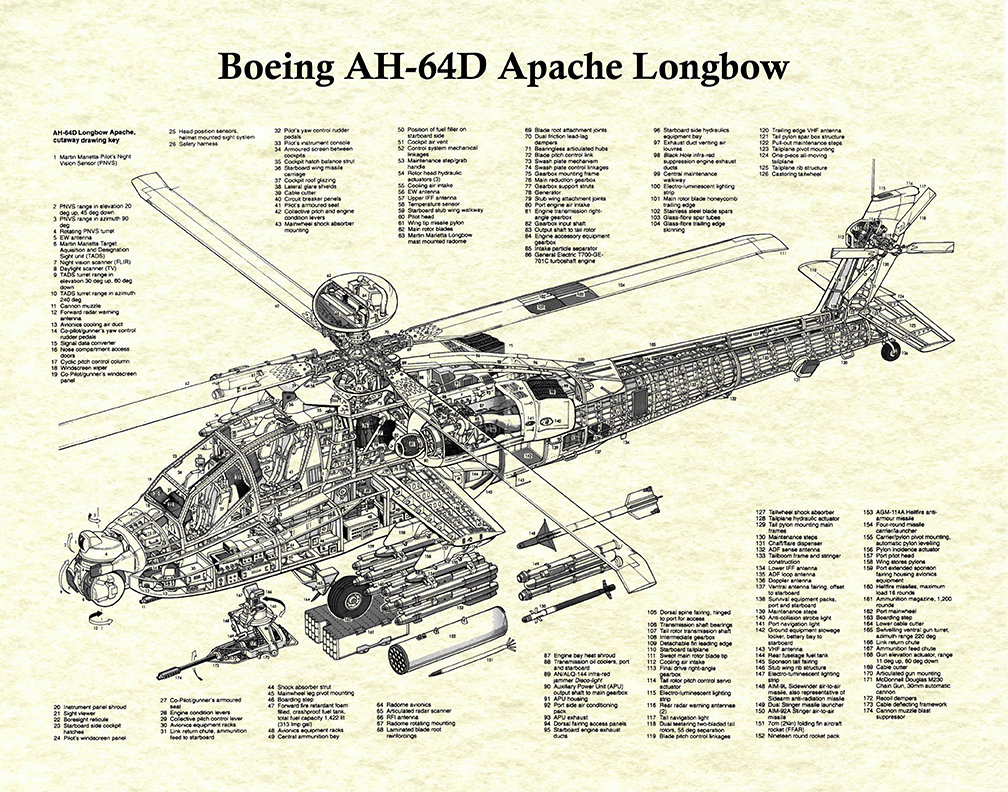 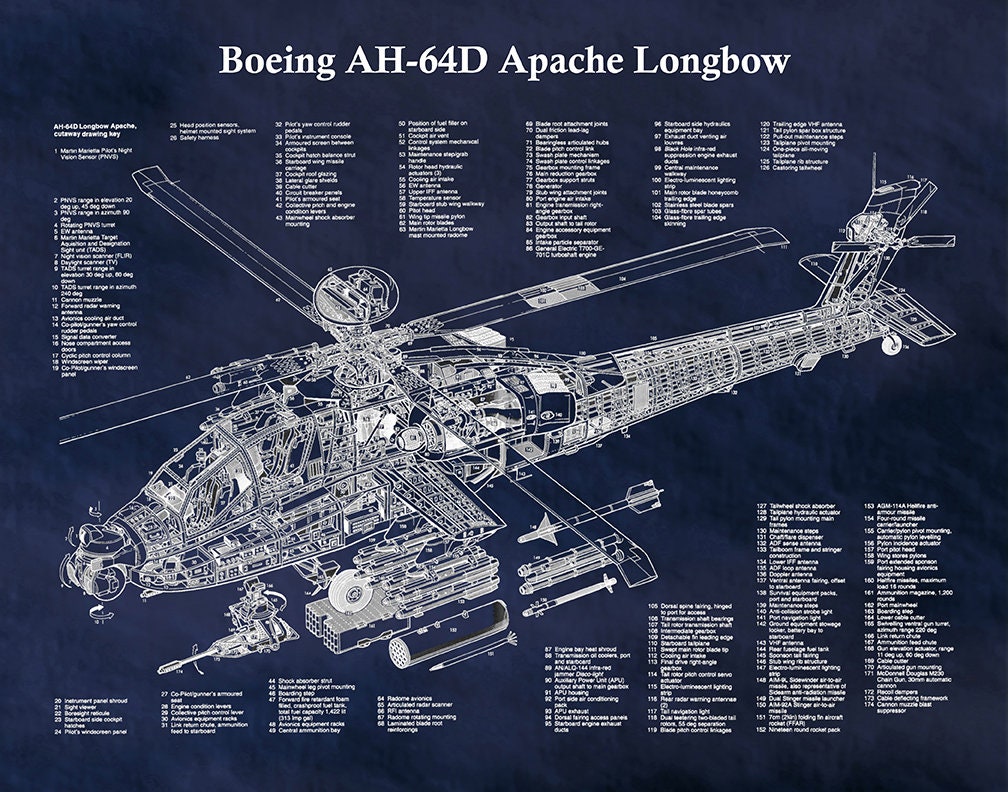 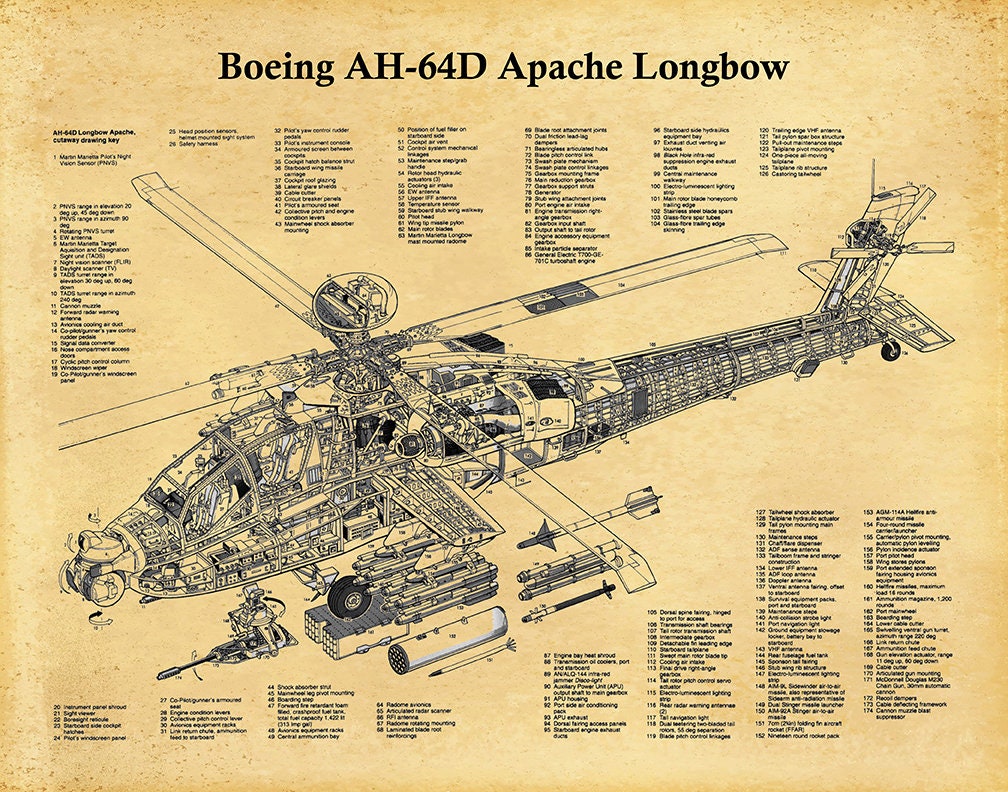 The Apache originally started as the Model 77 developed by Hughes Helicopters for the United States Army's Advanced Attack Helicopter program to replace the AH-1 Cobra. The prototype YAH-64 was first flown on 30 September 1975. The U.S. Army selected the YAH-64 over the Bell YAH-63 in 1976, and later approved full production in 1982. After purchasing Hughes Helicopters in 1984, McDonnell Douglas continued AH-64 production and development. The helicopter was introduced to U.S. Army service in April 1986. The first production AH-64D Apache Longbow, an upgraded Apache variant, was delivered to the Army in March 1997. Production has been continued by Boeing Defense, Space & Security, with over 2,000 AH-64s being produced by 2013.

All patent print and illustration pages are meticulously restored and digitally refined to remove as many flaws as possible while maintaining the integrity of the original document.

These fine art prints are a wonderful way to own a piece of history featuring your favorite inventions or hobbies to be proudly displayed in your home, office, business, man cave or camp.

All prints and illustrations are printed by a process called Giclée (a French word for "spray'). The inks used in this process have a much higher resistance to fading than normal printing inks. I only use premium quality, acid free archival heavyweight matte or luster paper using Epson Ultrachrome K3 Pigment ink that will last over 100 years.

All images shown are purposefully lower quality for faster upload speed and to prevent others from duplicating my work. The print you receive will be printed in high resolution.

Colors on your monitor may differ slightly from actual product.

All orders ship in a clear, acid free protective sleeve that is inserted into a rigid envelope or tube to ensure safe delivery to your home or office.

© Blue Moon Patent Prints, all rights reserved. By purchasing this artwork, you do not acquire its copyrights and any form of duplication or distribution is strictly prohibited.